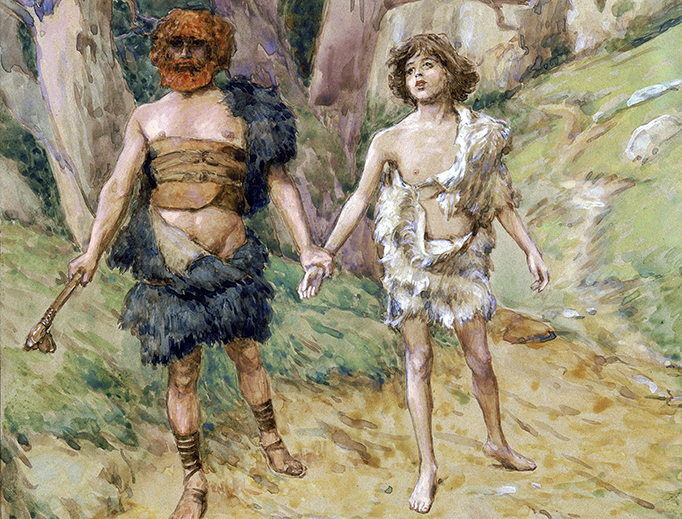 The Ghost of Cain: The Demonic Dynamic to Religion
Share This

One of the most discouraging things about religious life is to witness brothers fighting one another, reports Ncregister.com.

Why do so many religious people feel they have to attack their brothers in the faith?

Because there’s something sick going on within a lot of religious people and religious groups. I call it the Cain Syndrome.

Remember when Cain killed his brother Abel? Remember why?

Because God told them to make an animal sacrifice. Abel obeyed. Cain made an offering from the produce he had grown.

When his offering was rejected he rose up in anger and killed his brother. Why was that? Because Abel had made one kind of sacrifice and Cain made a different one. They disagreed about religion, and Cain had to kill his brother to rid the world of what he perceived to be evil.

I’ve observed this in so many institutions, parishes, religious orders, school, dioceses and apostolates. I know how poisonous it is and how pervasive. Not only is it poisonous, but it is a demonic dynamic. It is the most subtle lie and it destroys true religion.

Here’s how it works: someone wants to draw close to God and he thinks that is done by doing the right thing and believing the right thing and worshipping the right way and obeying all the rules. Often the individual or the group will have their own strong opinions about the right way to follow God. Maybe they are very conservative or very liberal. Maybe they have some excellent ideas or maybe they’re just loopy. It doesn’t really matter, but the main point is, like Cain, they know best. They know how to best get in touch with God.

Before long they are operating with a sect mentality. The sect mentality is a closed-group mentality. They foster a sense of goodness and righteousness within their identified group and at first it seems wonderful. Everyone is a big happy family. They have created their ideal community, but because they can never really be good enough (their insecurity is what made them join or start this group in the first place) it is not long before they identify others outside the group who are the enemy.

Once they have a clear enemy they feel good. Having an enemy boosts their sense of worth and well-being. It gives them a buzz because it makes them feel even more righteous and good. Not only are they good, but they are attacking the bad guys. When they attack the come away feeling high, and this high is like any other false high. It fades and the addict soon needs another hit, but this time the hit has to be stronger.

So they soon start feeling that not everybody in the group, or in their extended group can be trusted. There are some people who are “liberal” or “conservative” (because mark you this same sick mentality operates amongst liberals and conservatives alike) They identify and label those people and begin to persecute them, go on the attack, name and blame them.

The next thing that happens is that someone who is even closer to the sect group becomes suspect. There are traitors in the ranks. There are some they thought could be trusted who were on the same side who are iffy. They say some things and do some things which are not quite orthodox according to the group. So these people who are closer to the group are attacked. Then the vortex spins ever smaller because they soon find that there are some who are within the group itself who are dissidents.

In religious groups the isolation and marginalization will invariably be done under the cloak of spirituality and kindness. “I’m so sorry you’re unhappy here. I think you may have a spirit of rebellion and we will need to pray over you.” or “You know it’s terrible to see how so and so is angry and undermining our group. What can we do to help her?” or “Let’s remember so and so in our prayers at this time. They are clearly not feeling at home and happy in our group right now…”

Soon an atmosphere of suspicion arises within the group and when this happens more dissent begins to bubble away. That breeds more suspicion. Factions develop. That breeds more suspicion. Before long the leadership starts to crack down. What used to be proposed starts to be imposed. Members of the group must conform or they will find themselves excluded, marginalized, even forcibly evicted from the premises.

This “Cain Syndrome” happens at many different levels in many different ways throughout many different relationships and dynamics throughout life, but when it happens in a religious setting it is especially poisonous because the self-righteous believe God is on their side and they will commit the most horrendous atrocities and believe themselves to be good people who are doing God’s work.

That’s why whenever one is tempted to go on the attack and criticize others for whatever reason we have to be careful.

Do you want to dole out excommunications? Tiptoe.

Do you want to name and blame others? It’s a minefield.

I’m preaching to myself here. When I feel inclined to let rip toward a perceived enemy I have to ask whether I am falling into the trap of Cain.

It is right to criticize creatively and constructively. It is okay to be a critic of the critics. It is right to challenge authority. But where does legitimate challenge end and the Cain Syndrome begin?

I think the borderline is when we see a person or a group as all wrong with no redeeming features. It is when we refuse to see the good even in those with whom we disagree.

It is when we demonize particular people rather than their wrong beliefs. It is when we name other people with labels of our own making and apply those labels to individuals. This blots out the complexity and uniqueness of them as a person and objectifies them. Once that is done we can happily stone them and do away with them as Cain did Abel.

Do I fall into this trap sometimes? I’m afraid I do, and if I do, I’m sorry.

To avoid the trap of Cain we criticize wrong ideas and erroneous actions. We identify policies and principles that have gone astray.

The laughter, by the way, is a very serious point because the one way you can spot the Cain Syndrome is that the individual or group who is caught in this trap invariably have little or no sense of humor.

They are deadly serious. Deadly.

Most of all they take themselves very, very seriously indeed. They are never self-critical. Never.

They rarely laugh. They do not exhibit true joy. They may laugh at others but they never laugh at themselves.