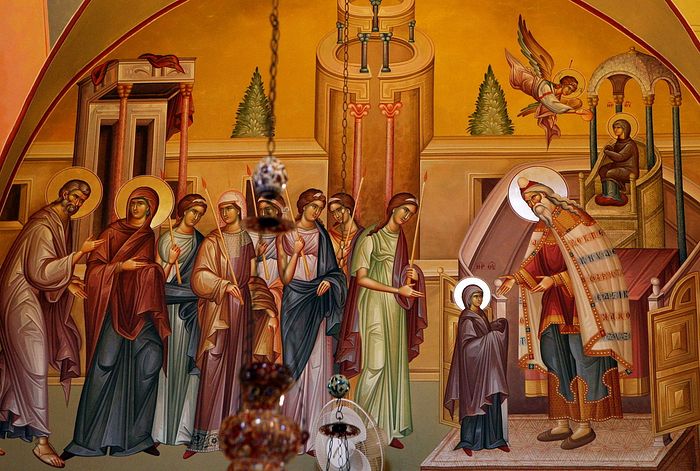 The Orthodox Christian Faith is essentially a mysterious Faith, for it can never be fully understood or explained by the human mind. However logical much of our Faith may be, there always come points where the mysterious teachings of the Church can only be accepted by acts, or leaps, of faith. Why is this? - reports orthochristian.com

It is because we believe that all Creation is fallen, in other words, our own human nature is fallen and therefore our own human minds are fallen. And it is impossible for fallen creation to understand the Creator and His workings.

Indeed our minds are not even the parts of us which are open to the higher states of knowledge and understanding. The part of us which is higher than the mind and is open to higher states of consciousness is called variously, the soul or heart or spirit. But even this part of us cannot fully understand or explain the Faith. We have to accept that there exists a yet higher knowledge, a higher way of reasoning, a higher consciousness which is above human nature, above fallen human reasoning, above the human heart and spirit.

As Orthodox Christians we believe that this higher way of reasoning and consciousness is called Love. Indeed all the essential mysteries or teachings of our Faith come from Love. Love is stronger and greater than any fallen human reasoning. All acts of Love are beyond any mere human logic and understanding. For example:

Nobody can understand the mystery of the Holy Trinity, Three Persons in One Essence, the ultimate sharing, the ultimate anti-egoism.

Nobody can understand the Creation, which was an act of supreme Love.

Nobody can understand the Virgin Birth, the ultimate human sacrifice.

Nobody can understand the two natures of Christ joined in One Person.

Nobody can understand the Resurrection of Christ, the ultimate Divine sacrifice

Nobody can understand the end of the world, which will usher in the reign of Love.

But we believe in and know all these things as realities.

In the same way, today's Feast is a mystery, it defies all reason, because it is an act of Love. The Virgin as a four-year-old girl is brought to the Temple by her parents Joachim and Anna. And here she is nourished by an angel, until such time as she will herself accept to become a temple, the Temple, her womb becoming the container for God Incarnate. The Virgin becomes the Mother of God, she who from this day on inhabits the temple, herself becomes the Temple of God.

Through her we clearly see that we all become that which we inhabit.

In today's Gospel the Mother of God speaks to us through the words of her Son: 'Blessed are those who hear my word and keep it'. Let us therefore not only hear the words of Christ, but also keep them, inhabiting the world of God, so that God will then come and inhabit us.