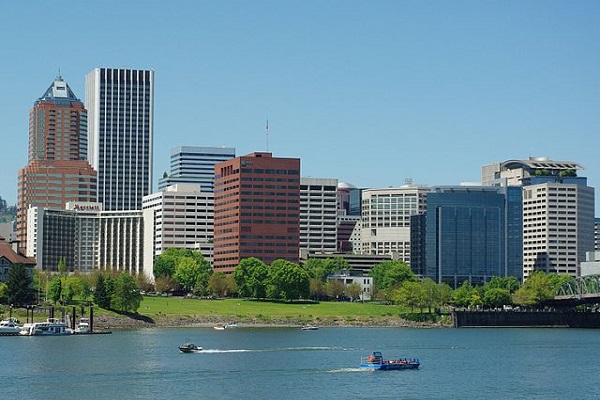 Portland, Or Is Now The Second U.S. City To Adopt Legal Protections For Atheists
Share This

When members of the Portland City Council voted unanimously for the plan by Commissioner Amanda Fritz to extend protections against discrimination towards any religion to include atheists , the metropolis became the second United States city to adopt the legal protections for non-believers. Ted Wheeler, the Portland city mayor, was not present during the voting process.

The vote is a significant one as findings by Pew Research Center state 31 percent of the city’s residents identify themselves as unaffiliated to any religion. Madison, Wisconsin was the first metropolis to adopt all protections relating to civil rights for agnostics and atheists, reports worldreligionnews.com.

According to Fritz, the proposed editing of the civil rights code may appear to be a small tweak, but the change has immense positive ramifications for Portlanders who consider themselves to be atheists. She said it was a pleasant surprise for her not to receive a single email against the proposal. The city already had progressive laws.

The civil rights statute of Portland prohibits public accommodation places, landlords, and employers to engage in discriminatory practices against any person on the basis of multiple factors like race, age, gender, and religion. The city ordinance is inclusive of an exemption for all religious facilities. The ordinance was proposed in January to add the term “non-religious” to the protected classes list as per Portland city law.

Even though “religion” already enjoys protection, the word was unable to make it clear as to whether non-religious individuals were included in the description. Such an ordinance would be explicit in its protection. The proposed ordinance included in its text as to how such a proposal came to fruition and how activists in Portland asked for the change. It explained how the city chapter of Freedom From Religion Foundation (FFRF) via its Portland Area Chapter asked for an edit to City Code Chapter 23.01.

The proposal was the result of discussions between the American Civil Liberties Union (ACLU) of Oregon and Commissioner Fritz. The latter recommended the FFRF contact the Human Rights Commission (HRC). Cheryl Kolbe, the president of FFRF publicly spoke elaborating her organization’s stance and goals during the HRC meeting. The latter voted to support the edit after it reviewed the proposal and conducted its own research. The HRC also consulted American Atheists, the national organization on both legal leadership and public policy ramifications before giving its consent to support this change.