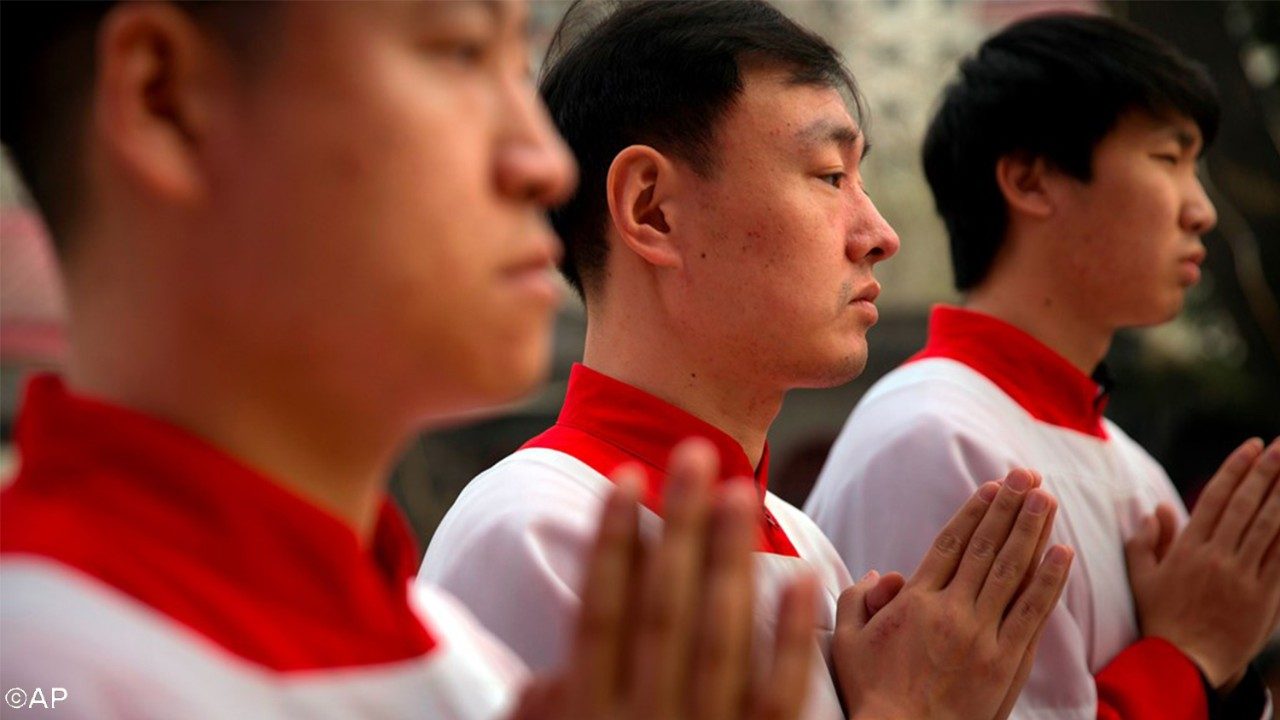 Dialogue with China: Apostolic succession and the legitimacy of Bishops
Share This

18.07.2018. APCNEWS.RU.  Legitimising Chinese Bishops ordained without the mandate of the Pope is not a cold bureaucratic act, but rather, a journey of genuinely and profoundly ecclesial discernment. This article picks up where our last one left off, concerning the question of the canonical legitimacy and the civil recognition of Bishops.

Catholicity should not be understood in a banal geographic or institutional sense, but in the sense of the integrity of doctrine and of the faith, in fidelity to Tradition in full communion. This deep sense of catholicity touches hearts and soul: catholicity, in fact, is a journey towards an organic unity capable of reconciling diversity in Christ. And so the local Church is structured internally towards the celebration of the Eucharist by the entire People of God, under the presidency of the Bishop, surrounded by the college of priests, and assisted by the deacons.

In this sense, the Catholic Church is found wherever there is a local Church with a Bishop in communion with the Bishop of Rome, who presides in charity over all the local Churches spread throughout the world. If, on the other hand, the local Bishop was not “born into” communion with the Bishop of Rome, and does not express that communion in his daily actions, very serious problems arise. Canon Law, therefore, establishes grave sanctions both for the Bishop who confers episcopal ordination without the apostolic mandate, and for the one who receives it. Such ordinations, in fact, represent a painful wound to ecclesial communion and constitute a serious violation of canonical discipline.

The path to the legitimisation of the Chinese Bishops ordained without the mandate of the Pope is not and cannot be, then, a cold bureaucratic act; rather, it must be a journey of genuinely and profoundly ecclesial discernment, whereby particular cases are evaluated in order to determine whether the essential conditions exist, such that a given Bishop could be readmitted into full Catholic communion.

Such a journey begins when the interested party repeatedly makes a clear and sincere request to the Holy Father for forgiveness. After this initial request, the process continues with the following stages:

* an evaluation of the request by the Pope, and eventually forgiveness granted by him;

* the remission of canonical sanctions and penalties – especially the latae sententiaeexcommunication – which the bishop has incurred and which are foreseen by the law of the Church to induce him to repentance;

* the re-establishment of full communion;

* the acceptance on the part of the Prelate of interior attitudes and public conduct that expresses that communion;

It is also important that a pardoned and legitimised Bishop be accepted by the community to which he is sent as a Pastor. This requires, on the part of the whole community, a contribution of prayer, of vigilance, of obedience, and of collaboration in order to foster communion.

The path of reconciliation, with the particular procedures for the cases of illegitimate Bishops, falls within the normal previsions for the life of the Church whenever ecclesial communion is wounded. Further, with regard to the case of China, the legitimisation of the Bishops is not a modern novelty: it has already taken place in recent decades, although not received and accepted by all. However, in the process of legitimizing Bishops, there are, obviously, also civil implications, which, in certain evaluations of facts, have come to be emphasized to the point of assuming a central importance.

Both a political reading of legitimisation, on the one hand; and misunderstanding of the political signification of the canonical penalties, on the other, have in some cases caused discomfort and embarrassment in some observers, and even in some members of the Church. The practice of legitimising Bishops, explicitly desired by Pope Saint John Paul II, was not warmly received by some sectors of the “clandestine” Church. They saw the risk of the legitimisation of Bishops being interpreted as an endorsement of the “official community” and of Government policy. However, there were other voices within the “clandestine” community in favour of legitimisation. For example, a “clandestine” Bishop of that era, informed of the negotiations with the government Authorities, publicly expressed his appreciation for Pope Saint John Paul II, who, he said, “has opened the heart of Christ and accepted many Bishops of the official community,” and has worked to safeguard the unity and the communion of the Church in China.

Even now, although the question of legitimisation in China seems to concern only a few cases of Bishops, there is still a wave of dissent, spurred by different motives, which must be considered. Everyone, however, should maintain the firm conviction that in China the ecclesial fabric of the diocesan community can only begin to be rebuilt around a legitimate and recognised Bishop.

This is the second part of the final article in a series about the dialogue between the Holy See and China. The first part, "Dialogue with China: more fully Catholic, authentically Chinese" can be found by clicking on the link.