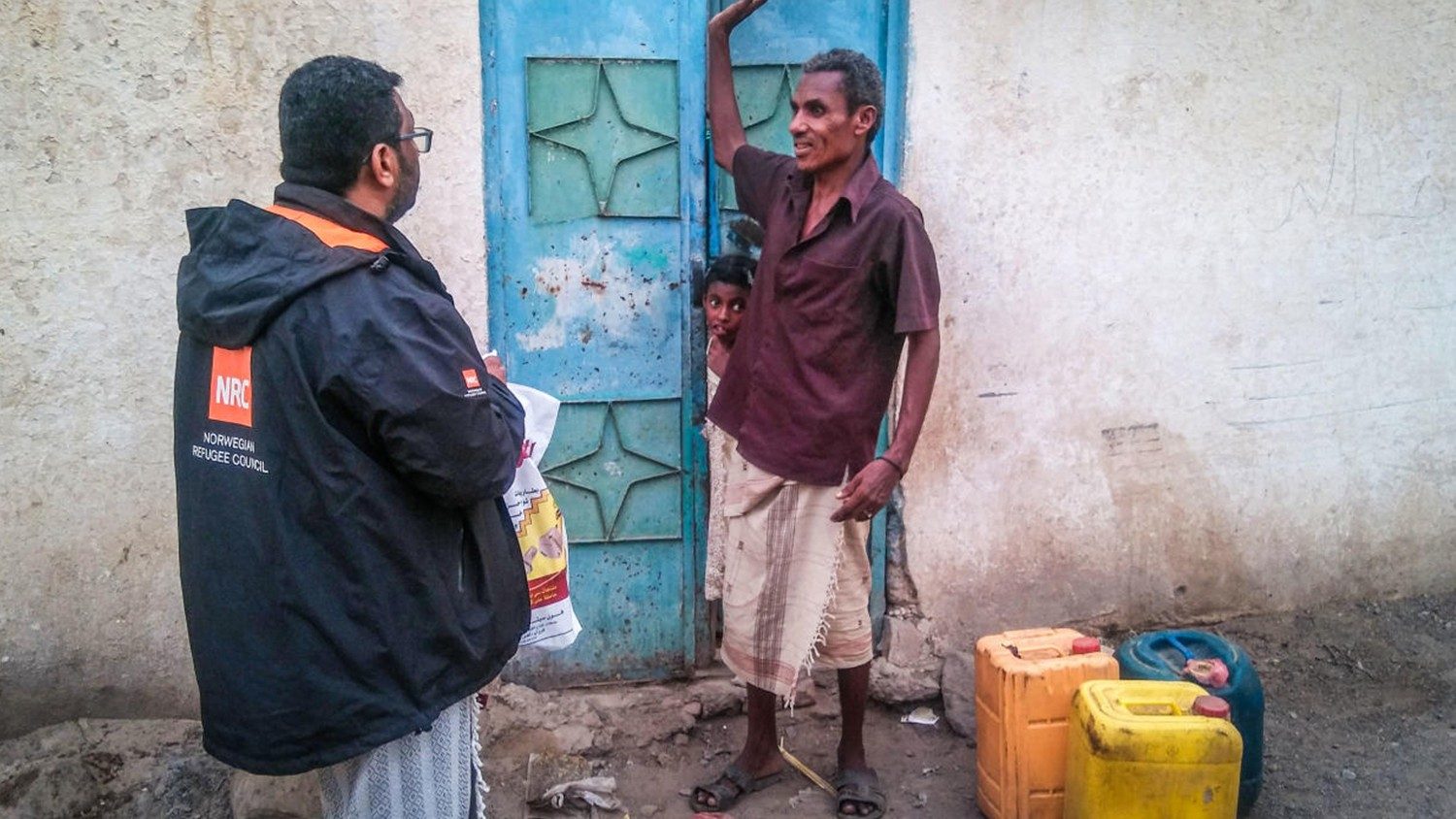 YEMEN: A MAN-MADE CATASTROPHE
Share This
As the war in Yemen continues to rage, Humanitarian Aid agencies, amongst which the Norwegian Refugee Council, are pleading for one thing only: peace.

The war in Yemen has been raging on for over four years. A war involving, whether directly or indirectly, 12 countries. Hundreds of thousands of people have been killed, and so many more displaced. Dr Jeremy Taylor, advocacy adviser in charge of Yemen for the Norwegian Refugee Council, helps shed light over the drastic realities of the war in Yemen.

We discussed the scandal behind the picture of 7-year-old Amal, the malnourished Yemeni girl published on the New York Times, asking ourselves why it took for malnourishment to reach skin and bones in order for it to be noticed in the West. And why, the 1.8 million children in similar situations to Amal are still, to this day, being ignored.

“We keep reaching new lows” says Dr Taylor, “we keep thinking we’ve gone off the edge of this cliff, yet we’ve approached this new precipice. “
Like her, every ten minutes a child dies in Yemen, not from the bombs, but from illnesses that could have been prevented if food, medication and other basic necessities had been able to actually enter the country, past the blockades.

“The statistics on Yemen are extraordinary” says Dr Taylor. “We are running out of adjectives to describe just how bad things are in Yemen – we can reiterate it and we can show it again and again but there are geopolitical considerations in this war, and unfortunately, the people of Yemen are being completely ignored.”

Masked as a local war and backed by the Western World’s neglected responsibilities, the war in Yemen is far from over. Those suffering the consequences, explains Dr Taylor, are uninvolved in these geopolitics.

“For this reason, the geopolitical dimensions of this conflict need to be put aside, for the people of Yemen.” he says.

Dr Taylor agrees that the geopolitical benefits that the western world receive seem to have become the priority in this war. None of the parties involved are interested in reestablishing peace for the “22 million people in Yemen requiring humanitarian assistance.” The UNICEF figures stating that 50% of children are born underweight, from anemic mothers, appear to have little to no impact on the power-full parties.

“As many as 14 million could be facing pre famine conditions” says Dr Taylor. UNICEF explains that those born underweight are likely to never grow to reach their full potential, neither physical nor intellectual.

Who should these figures, growing more and more shocking, be affecting? Who has the power to apply empathy and humanity to these numbers and ultimately put an end to them?

Dr Taylor explains that “the West is not only complicit in this war, the West has enough influence over the parties in the conflict to be able to exert pressure on them, to be able to end the war, or certainly at least work towards a cease fire, a humanitarian cease fire, to explore diplomatic solutions.” Inexplicably, “none of this has happened so far".

As the poorest country in the Middle east starves, suffocating under inflation, food scarcity and rubble, it is the children who will end up paying the price of the neglect of the most powerful adults.

This, “100%, entirely man-made”, conflict can only be ended by peace says Dr Taylor. Only in this way can we return the basic human rights to those who have been stripped of them. Because, Humanitarian Aid alone cannot fix “the sheer magnitude of the task in front of us”.

He explains that “we can do what we can as humanitarian agencies, and that is to get as much assistance to people as possible, but ultimately what we need is for the conditions in the country to return to something close to normal.”

Humanitarian aid is given, as much as possible. Aid agencies do what they can, but there is only so much they can do when even they and their set-ups are being bombed.
“We work under very severe conditions” explains Dr Taylor, “our schools are being bombed from the air, our operations are hampered by access constraints”.

He warns that “every indicator for catastrophe is there.”

“And that’s why we are constantly coming back to the same message”, the message that Humanitarian Aid agencies are trying to get across globally, “that unless some sort of solution can be reached, the situation will keep deteriorating.”

Though not for a majority, for some, Dr Taylor says, the priority remains humanity.

“We do what we can, but ultimately it will never be enough. The principle of humanity is the first one, and so we have to continue.”